The tidal industry is in its commercial phase, its greatest challenge being high energy costs. Several first generation tidal power companies have been unsuccessful due to a cost structure that is too high.

In order to lower our energy costs in line with other renewable sources, we have cut costs in all areas and have increased the lifetime of the tidal power plant. We have also more than doubled energy production in relation to in-stream tidal turbines.

The EU has set a goal for the energy sector to lower energy costs to 10 cent Euro by 2030. It seems the majority of the sector believe the way to achieve this is to follow in the footsteps of wind energy where lower energy price is achieved through the development of larger turbines.
We believe in using an optimal turbine size which gives the best cost per kw, which in turn would mean a significant materials saving.

We can upscale the power plants size by placing the turbine houses alongside each other and above each other. Furthermore, access can be obtained to each individual turbine for service and replacement.

The University of Stavanger, our R&D partner, has verified the tidal power plant from a hydrodynamics perspective via CFD simulations. This work has been supported by VRI Rogaland in the amount of 150,000 NOK.
The illustration below is a CFD image showing the changes in water velocity through the turbine house. 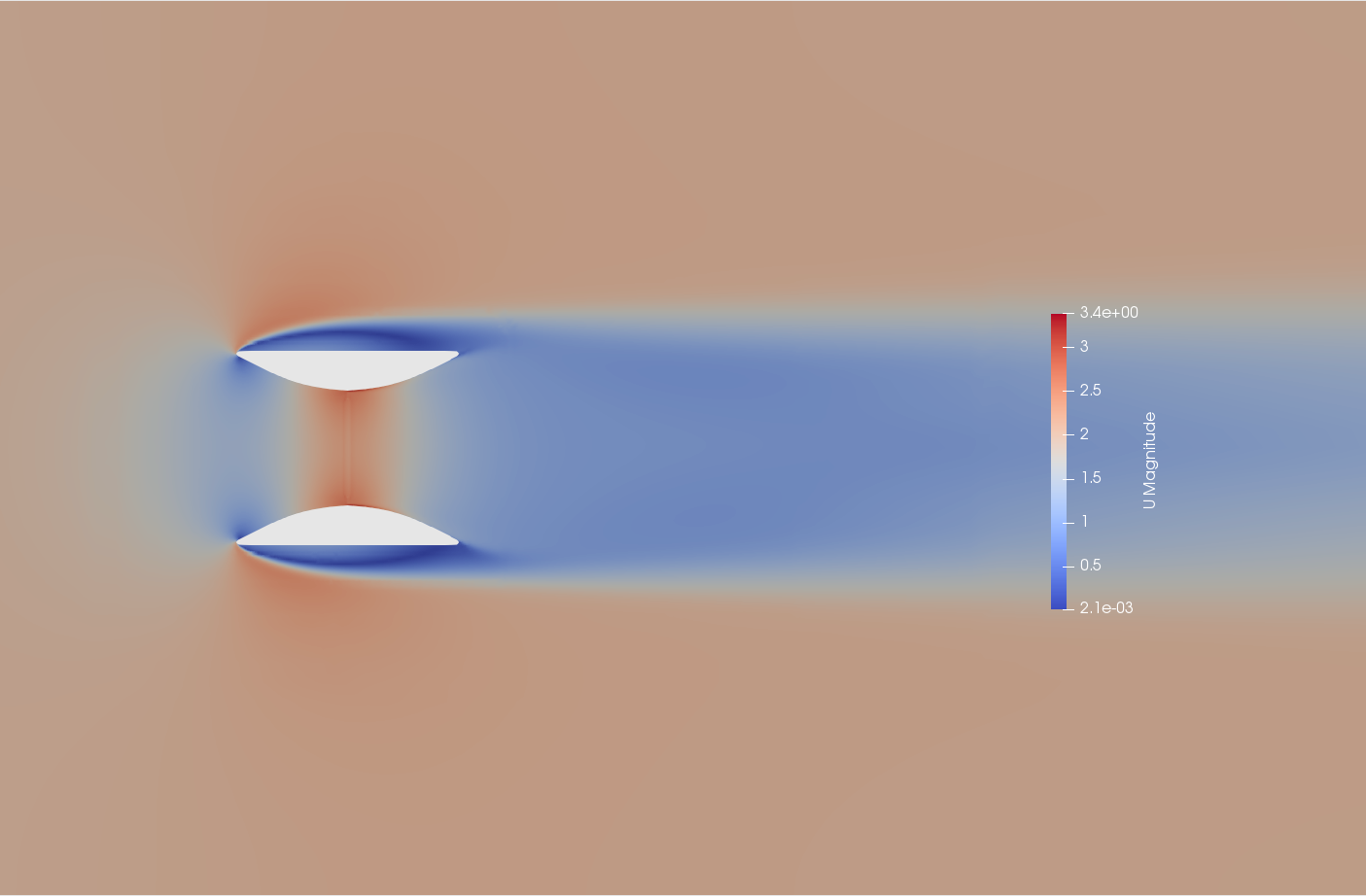 The tidal power plant is patented in Norway and is patent pending in Canada, China, South Korea, Australia, New Zealand, USA and EP. The company is looking to the international market.

We are currently working to realise a pilot project within 2020.

A "stand alone" turbine house could be a suitable power plant for a fish farming business, power production for remote land areas/islands which need to strengthen their energy security or to make the change from fossils to renewables.

Following the pilot, we plan to realise a turbine house designed to be stacked into a turbine block with the purpose of increasing the degree of utilisation from a tidal stream. Our power plant is flexible and can be designed in several ways in order to utilise the tidal site in the best possible way. The power plant can be designed for ROV operation or fully automated operation according to the size of the power plant and the customers needs.
We believe that in the future we will achieve our best energy cost from a larger fully automated tidal power plant, as we will be able to operate and service the plant  without costly vessels.

Norwegian Tidal Solutions patented tidal power plant can be designed in several different ways in order to optimise the utility of the actual tidal stream.
The figure below shows a fully automated submerged tidal power plant consisting of a large number of turbine houses each with their own installed turbine. This plant would create no visual or sound pollution and boat traffic could pass over the plant as normal. The first house we can see on land is a service hall for the maintenance of the power plants turbines.
The service hall also houses a robot which can retrieve the turbines from the power plant when service is required. The second house we see on land is the power plants power station where the automatic connection and disconnection of the turbines is controlled.

Norwegian Tidal Solutions patented tidal power plant will also be able to utilise ocean currents where the current is approximately the same day after day, year after year and can be viewed as a river that flows in the sea.

Possibly the most well known ocean current is the Gulf Stream which has a strength of 40 Sverdrup (1 Sverdrup = 1 million cubic meters of water per second) outside of Cape Hatteras on the east coast of the USA and in comparison, the run off from all of the worlds rivers combined amounts to 1.2 Sverdrup.